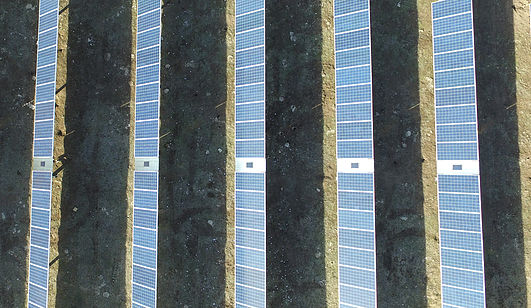 Above: Genius Tracker™ Installed in Oregon

NEW YORK, NEW YORK – March 3, 2016 – GameChange Solar announced that is has received an order from a leading nationwide developer/installer for a 23 MW Genius Tracker™ single axis tracker system to be installed in the western United States in the second quarter for a leading regional utility.

Derick Botha, VP of Business Development for GameChange Solar, stated: “The Genius Tracker™ is rapidly gaining market share because it substantially improves the economics for solar projects using single axis trackers due to its cost effective design and rapid installation time as well as superior power density and performance.”

•    Tru3D-Gimbal™ bearings account for pile installation being out of plumb, out of azimuth and out of vertical and east-west alignment

•    Every drive actuator has its own battery backup and wirelessly linked controllers, eliminating all trenching