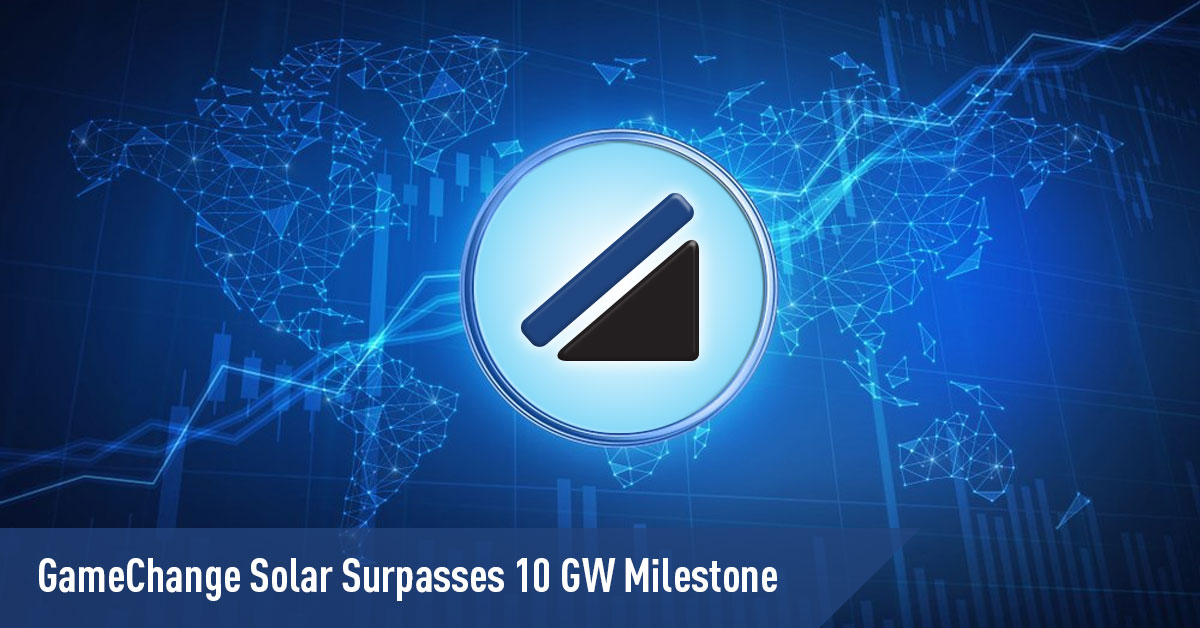 NEW YORK, NEW YORK – May 15, 2020 - GameChange Solar today announced that is has surpassed the 10 GW milestone for sales since the company was founded in 2012. The company’s rapid expansion has been prompted by growth in both its fixed-tilt and tracker product lines for MaxSpan™ and Genius Tracker™ respectively. Customer adoption has been widespread globally due to GameChange Solar’s cost-effective and fast installing systems which have surpassed bankability requirements for even the most stringent project owning utilities and IPPs worldwide.

Derick Botha, Chief Commercial Officer at GameChange Solar, stated: “We are gratified to pass the 10 GW milestone and look forward to further growth and continuing to be a leading innovator in the market. We are driven by our mission to reduce costs for utility-scale solar projects in order to drive the industry’s growth globally.”