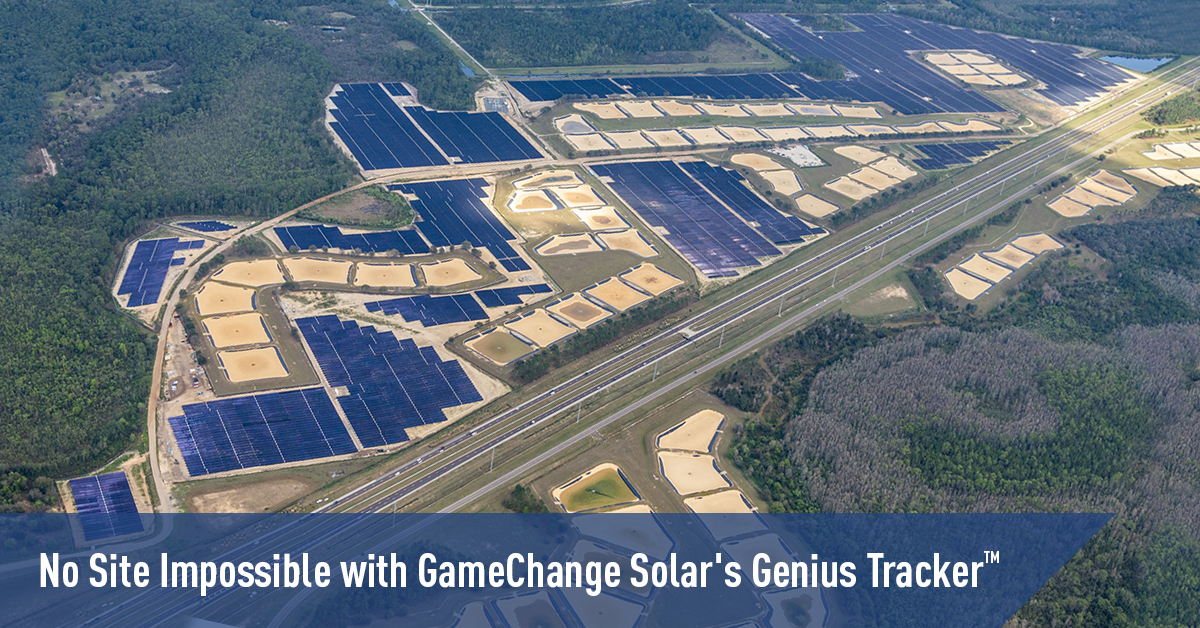 NEW YORK, NEW YORK – May 3, 2019 – GameChange Solar today released an aerial shot of a 61MW project which clearly shows how the superior design and higher panel density of the Genius Tracker™ are able to squeeze modules into every corner of tricky sites.

Scott Van Pelt, VP of Engineering at GameChange Solar, stated: "More and more often we see projects on sites where the usable land is chopped up due to zoning, roads, wetlands or for other reasons. The superior panel density and distributed drive design of the Genius Tracker™ is optimal for these sites and allows for either more modules to be squeezed in, or alternatively, the same number of modules to be placed at wider row spacing which improves power output for the project owner.”