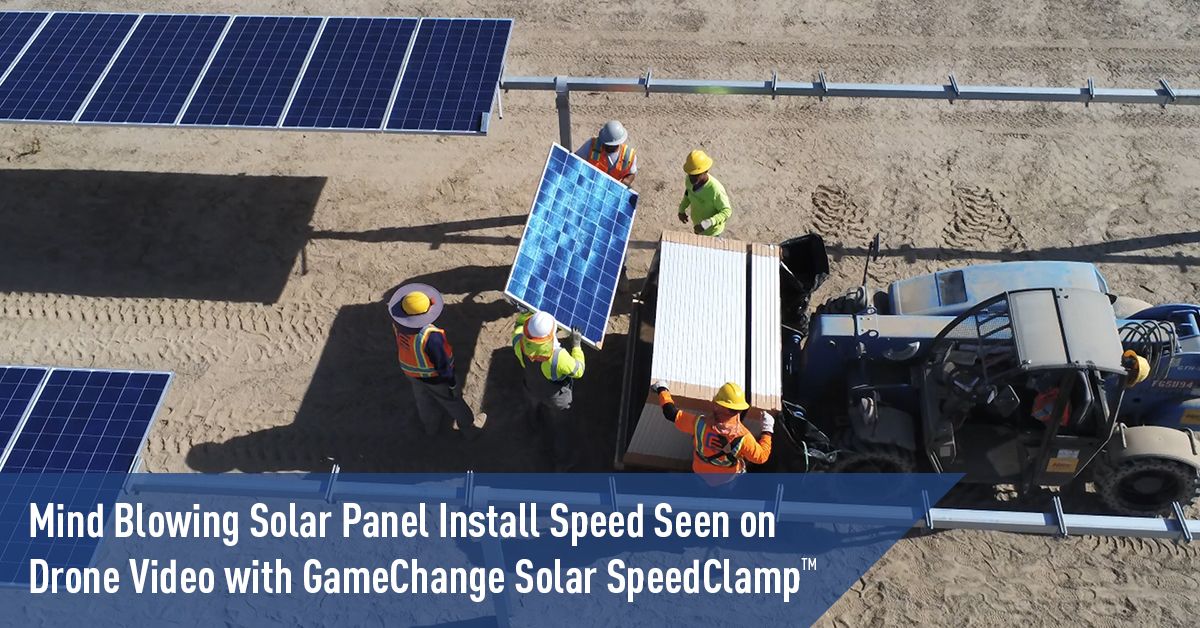 Andrew Worden, CEO of GameChange Solar, stated: “Our mission is to drive down the cost of solar projects. Not only is lower equipment cost important, but faster install speed to reduce installation cost is critical. The SpeedClamp™ is a major breakthrough for the solar tracker industry and significantly drops the cost of installation for installers worldwide."