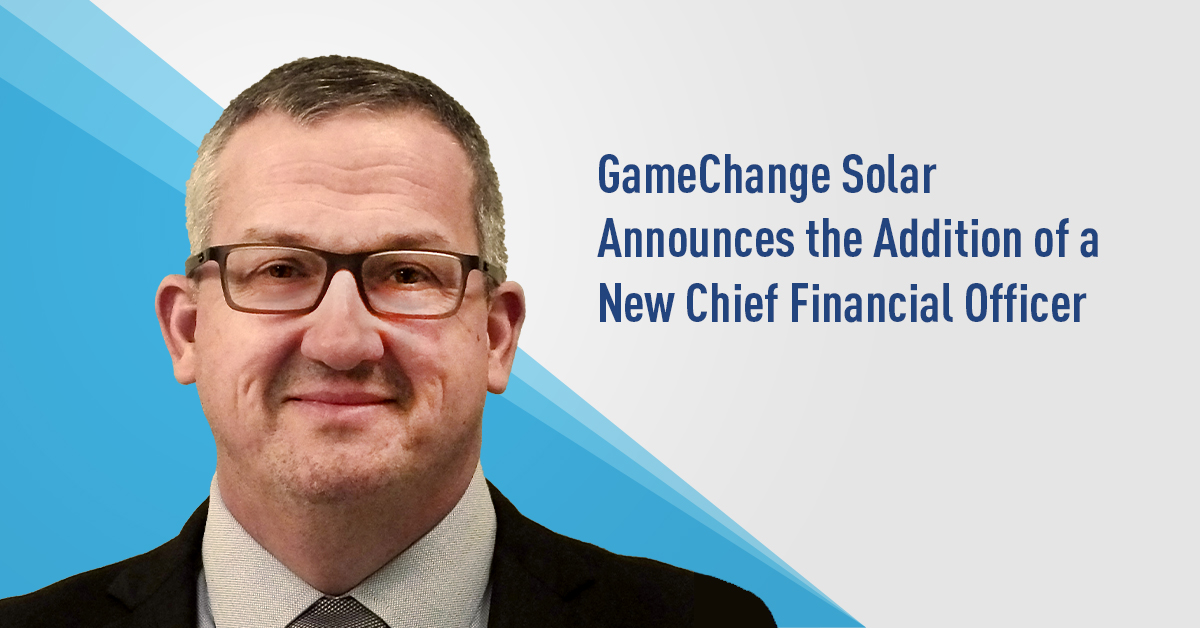 NORWALK, CT – September 1, 2021 – GameChange Solar announced today that Mark Gibbens has joined its senior management team, effective April 2021, as its Chief Financial Officer. In this role, Mark will support the scaling and funding of the business to enable GameChange Solar to become one of the top three companies in the global solar tracker and fixed-tilt solar mounting industry.

Prior to joining GameChange Solar, Mark was CFO, CHRO, and Head of Corporate Development for Arysta LifeScience Inc. of Cary, North Carolina. Arysta was a $2 billion revenue agricultural crop protection company with operations in 60 countries. After preparing an S-1 for Arysta to go public, the company was sold to UPL Ltd. of India for $4.2 billion in 2019.

Mark started his career at General Motors where he supported the IPO/spin-off of Delphi Automotive Group. Mark later served as the Vice-President and Treasurer of Lucent Technologies and then the Deputy CFO of the merged $25 billion revenue telecom equipment company Alcatel-Lucent, based in Paris, France.

Commenting on why he joined GameChange Solar and is excited about its future, Mark stated, “The GameChange Solar team has done an incredible job of growing the company to be a top player in the US solar tracking industry in just nine years. I look forward to supporting its continued growth as it scales to become an important player across the entire global solar industry.”

Andrew Worden, CEO for GameChange Solar, stated, “GameChange Solar is excited to expand the depth of expertise of its senior management with the addition of Mark. We look forward to the additional growth we will achieve because of his efforts."