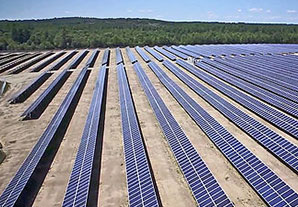 Lizzy Aldridge, Director of Business Development for GameChange Solar, stated: “We are excited to enter the dynamic Minnesota solar market with this utility scale system order. Our ability to provide racking to support both poly and thin film modules in the extreme loading environments in Minnesota at cost effective pricing is aided by our superior engineered product and extensive experience in heavy snow climates such as Maine and Massachusetts over the past years.”