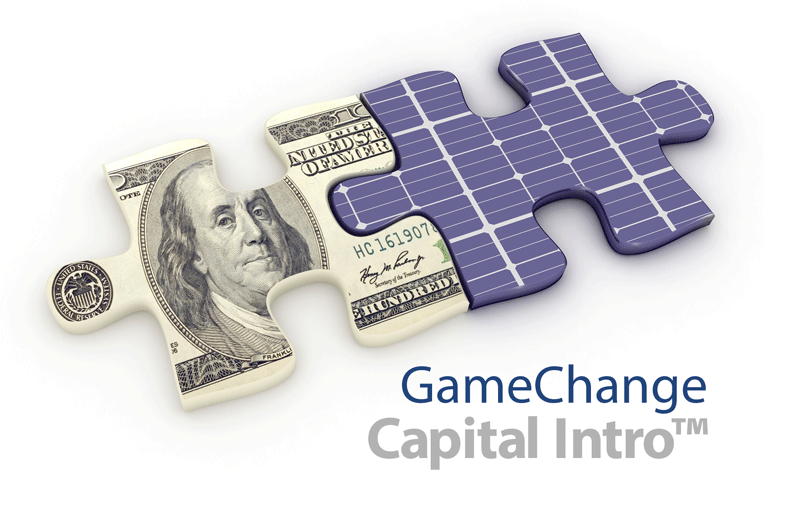 NEW YORK, NEW YORK – June 15, 2017 – GameChange Solar today announced that it has expanded its capital introduction program to fund solar projects across the United States to over $3 billion in available capital. The program is primarily in concert with five leading funding sources, two of which are large utility backed power generation companies and the other three of which are leading IPPs.

GameChange introduces projects that are being developed to the funding sources, enabling more projects to be financed and built. Recent introductions have yielded several marriages that have resulted in utility scale solar projects being built with financing received by developers.

If you are a developer with a project that needs financing to build which is anywhere from early stage to shovel ready, or if you are a funding source looking for projects to finance and/or buy, please reach out to your business development representative at GameChange for more information on this program.

Andrew Worden, CEO of GameChange Solar, stated: “There are many projects that are looking for the capital to build them. With my previous background in finance and project development, we have the understanding of how projects are financed and the needs of both developers and financiers. We are able to see the correct fits between projects and capital and make the appropriate introductions. Our goal is to help facilitate more solar power plants to be built which furthers our mission of repowering this planet with cost effective, clean and renewable solar energy.”