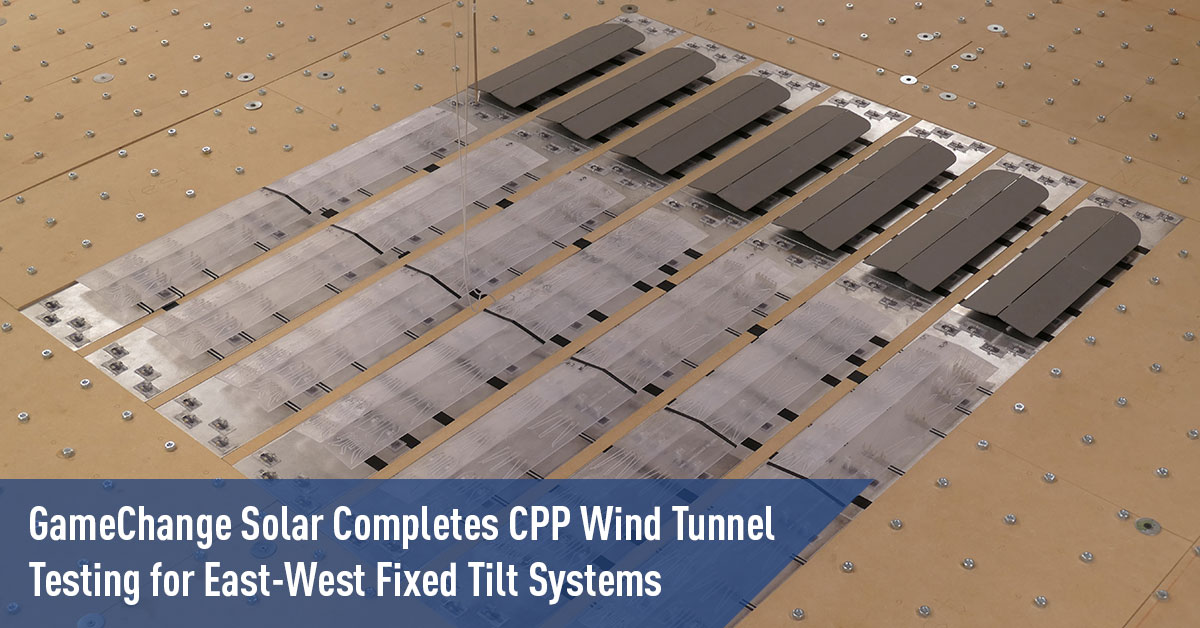 NEW YORK, NEW YORK – April 15, 2020 – GameChange Solar today announced the completion of wind tunnel testing for the east-west configuration for all GameChange fixed tilt products. The completion of this study adds to the repertoire of wind loading information GameChange has amassed to facilitate its design of high-efficiency low-cost racking systems.

East-West facing solar arrays are comprised of 2 planes of modules, one facing east and one facing west, often backed up to each other to form a “tent” looking structure. These types of systems vary from the single plane of south-facing solar modules which most people think about when they think of a solar power plant.

Scott Van Pelt, Vice President of Engineering at GameChange Solar, stated: “The East-West configuration is an attractive option for clients in equatorial regions as well as where maximizing array density is important. Since the east and west planes of solar modules are backed up to each other, there are some significant savings from a wind loading standpoint and the wind tunnel study by CPP captures these."