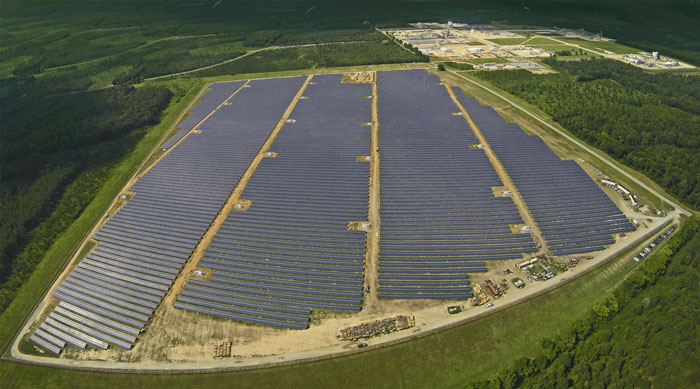 In the U.S. Energy Information Administration’s “Electric Power Monthly” report for October 2015, it shows that utility-scale net generation of power via solar photovoltaic plants from utility scale facilities increased 50 percent during the first 10 months of the year vs. the same 2014 period. In fact, utility-scale solar power generation, measured in thousands of megawatts, increased 32- fold between 2005 and 2014, EIA data show.

A relatively young company whose predecessor or sibling entities built up experience with metal fabrication as well as starting up solar power facilities switched gears in order to invent a racking system for photovoltaic panels that could be scaled up fast and installed in the most efficient and economical way possible.

It was a circuitous route, but GameChange Racking President Andrew Worden says he’s glad to be serving a growth industry that’s good for the earth and his company will be looking for vendors to expand with him.
Throughout his career, Worden has employed a “follow your nose” strategy of entrepreneurship, he says. He runs a private equity firm that invested $490 million over the past 14 years. The firm made acquisitions in metal fabrication and forging. It started a construction company and used $50 million of its own capital to build a total of 10 solar power plants, which were later sold. 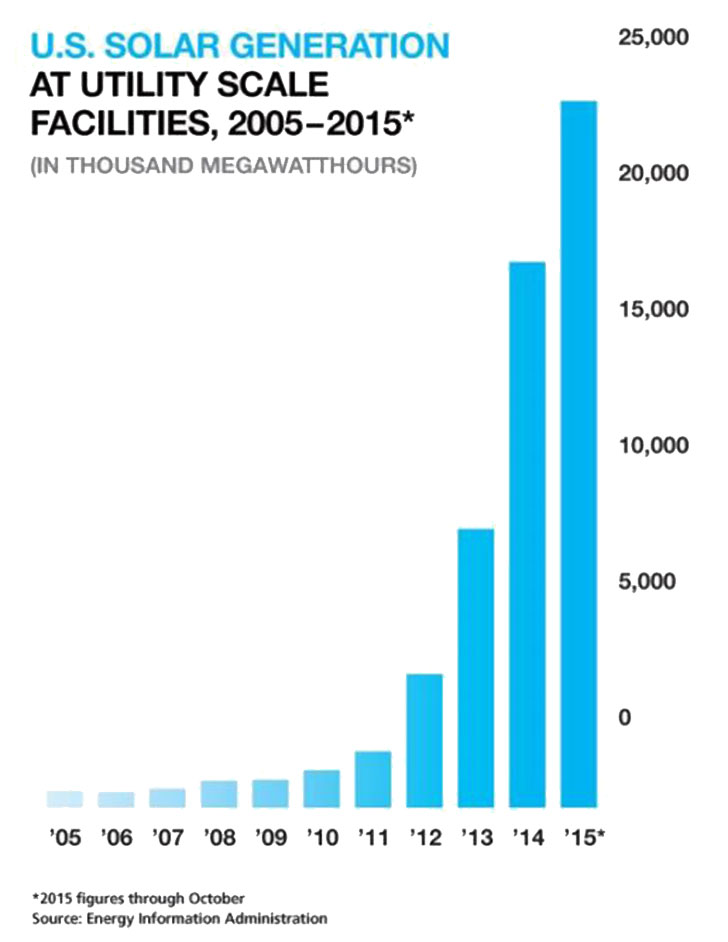 The initial solar power plant projects were delayed due to the slow production of racks, recalls Worden. “As we waited for delivery of racks to put panels on and studied the engineering behind them, we thought that we could do this way better ourselves,” saving customers money through improved engineering and by using fewer parts.

Soon, Worden started up another firm so that, “for the last six power plants, used our own racking designs.” GameChange Racking began work supplying its sister company, the construction firm, then started selling to external customers as well.

“About three years ago, we finished building the power plants and decided to sell them, and said, ‘we are doing racks.’ The growth has been absolutely phenomenal—the solar panel industry is growing 30 to 40 percent a year. We grew tenfold the first year, doubled in year two, tripled in 2015 and we expect our sales to triple again in 2016,” Worden predicts.

“We are cash flow positive, we have no debt, we pay vendors really fast, and we have earned a profit every year,” he adds.

GameChange Racking found it does not need to be vertically integrated to get the required quality in its finished racks.
“Our model is there a lot of companies out there that are really good at making metal and roll forming, that already have lines and have been doing it for many years. We own the tooling but the roll formers are rolling our steel. We get the capacity we need from them and can scale up our business by using these third parties,” Worden explains.
All racks go through a rigorous in-house quality assurance process. “If you aren’t doing it right with outsourcing, you might run into problems so we are always checking. We have great vendor relations,” says Worden, adding that GameChange just entered a new agreement with a Detroitarea metalformer. “They will increase their capacity for us. They may even be adding people— creating jobs in the U.S.”

After aluminum prices rose, GameChange Racking turned more to pre-galvanized steel as its preferred material. Coated sheet is also expensive, according to Worden, so pre-galvanized coil provides “the best bang for the buck.” The company places blanket orders with steel mills for certain rollings and then has the material shipped to the metalformers.

“We also buy roll-formed tubes, seam welded and re-metallized on the seam.”

In 2014, GameChange sourced about 40 million pounds of sheet and tubing; in 2015 the volume tripled to 120 million pounds. “Tubes are growing a lot. We use square tube for our racks. We have some stamping capacity, to make brackets and fasteners. We do a very limited amount of extrusions for some bearings.”

GameChange Racking’s end customers include some of the largest electricity producers in the nation but the systems are sold primarily to contractors that build solar projects for utility companies.

L&D Landfill [Location?] is the biggest Superfund site in the United States. GameChange Racking developed a proprietary technique to install racks in landfills. Because posts cannot be installed, as they would perforate the cover and release methane, landfills typically installed large precast slabs of concrete aboveground, “and those cost a fortune to make and transport,” Worden claims. “Also, they weren’t level.” Overall, the method for these projects proved to be “slow moving.”

GameChange launched its pour-in-place solar panel rack-anchoring technology a few years ago and is now a leader in landfill installation, he says. The cost is 40 percent below precast concrete bases.

With GameChange’s method, the contractor “puts a plastic form down, inserts the racks, levels it, and pumps in concrete with a hose. It used to be so expensive—40 cents a watt to do precast. We are down to 12 to 17 cents a watt. The numbers work partly due to pour in place.”

GameChange sells the whole racking solution, says Worden. “We do the permit layout, all calculations, submit plans to state environmental protection agencies. We sell the rack and the pouring forms, all the parts to mount the panels and the electrical connections. We follow all state and federal regulations.”

The company makes sure that all its products comply with all performance standards, so they work in snow and wind, on rooftops, in landfills, etc. An outside firm performed due diligence on every part of the production and installation process, even visiting vendor factories, says Worden. “It forces us to be tight. And if you get through all that, there’s a good chance you have your head screwed on straight.”

Trackers are rack systems that can turn in two directions so that the installed panels follow the sun rather than being stationary and collecting the rays only part of the day.

With Genius Tracker, says Worden, GameChange is adding robotics, machine vision and artificial intelligence. “Most racking systems are fixed and don’t move with the sun, but Genius Tracker will move to track the sun, which means they are gathering more energy.”

Using Genius Tracker, utilities may see a 20 percent gain in energy gathering in most solar fields and up to a 30 percent gain if employed close to the equator. Plus, says Worden, “the cost to buy this system is not much more than the fixed unit. It’s no longer twice the price of fixed solar. A lot of projects that couldn’t afford Tracker now can. It opens up doors.”

The tracker market is large, he says, and the revenue per megawatt —at 17 to 18 cents per watt multiplied by 6 to 8 gigawatts projected in 2016 in the U.S.—will total $1 billion, just for trackers. “The world market is a multiple of that and that will grow,” Worden adds.

Because legislators in late December extended tax credits for renewable energy investment, American utilities “will build capacity that they wouldn’t have built out had they not continued to receive tax breaks.”

Worden thinks his company’s engineering expertise and innovations such as Genius Tracker will be well received worldwide. “We are looking to export and grow internationally.” The more solar energy systems are built, cost declines as usage goes up, he notes.

And growth won’t come solely from established power generation companies. “We are seeing Apple and Amazon starting to run data centers with solar power. We started doing smaller commercial installations and we are now at utility scale. The utility scale installations will continue to be 90 percent of our business,” Worden says.

“We want to change the world by making solar energy affordable. We want to do a million panels at a time.”

As sales volume expands, he says, vendors that offer standard roll forming capabilities, tube forming, welding, bending, punching, etc., will perceive opportunities to grow alongside GameChange. So far, the company works with fabricators in Michigan, Ohio, Kansas, Florida, New Jersey and Utah. But, “we are going to need more capacity. We will do 300 million pounds in 2017 and 800 to 900 million pounds in 2018.”