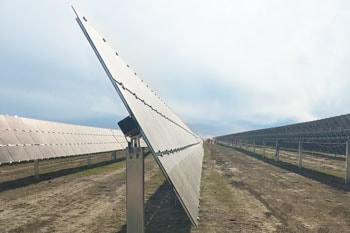 Andrew Worden, CEO of GameChange Solar, stated: “The Genius Tracker has the versatility to support First Solar modules. With bankable quality, value pricing, and ease of install, our single axis tracker solution is poised to be a market leader.”