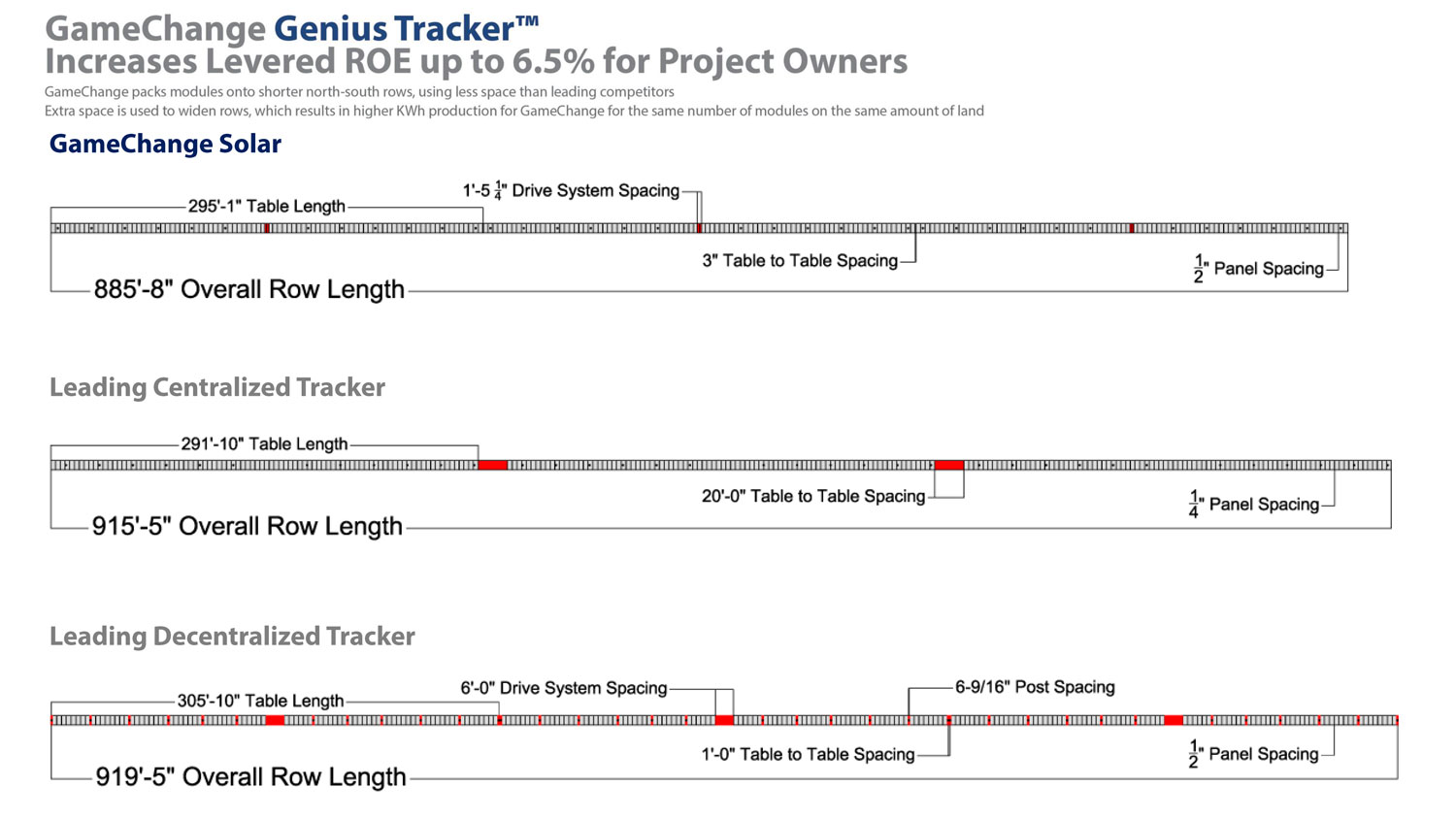 Andrew Worden, CEO of GameChange Solar, stated: “Having run a private equity firm, and financed and built solar power plants prior to starting GameChange, I am keenly aware of the importance of return on equity for project owners.

The GameChange Genius tracker is an independently driven tracker system that eliminates the breaks between trackers required for central drive systems. In addition, on the Genius Tracker, the only break is one 17 inch space above the drive posts, so panel density is 99.5%. This is significantly higher than the 97% we see with another leading vendor’s independently driven tracker system as well as with central drive systems.

What this means to the project owner is that the GameChange Genius Tracker has wider row spacing than these other systems which waste valuable project space due to their design limitations. Wider row spacing leads to more hours of maximized energy production, and UP TO 20% higher leveraged ROE for project owners.”